When it comes to making big power and efficiently getting spent exhaust gasses out of the engine HMF big core systems are the best choice for owners of high performance powersports vehicles. 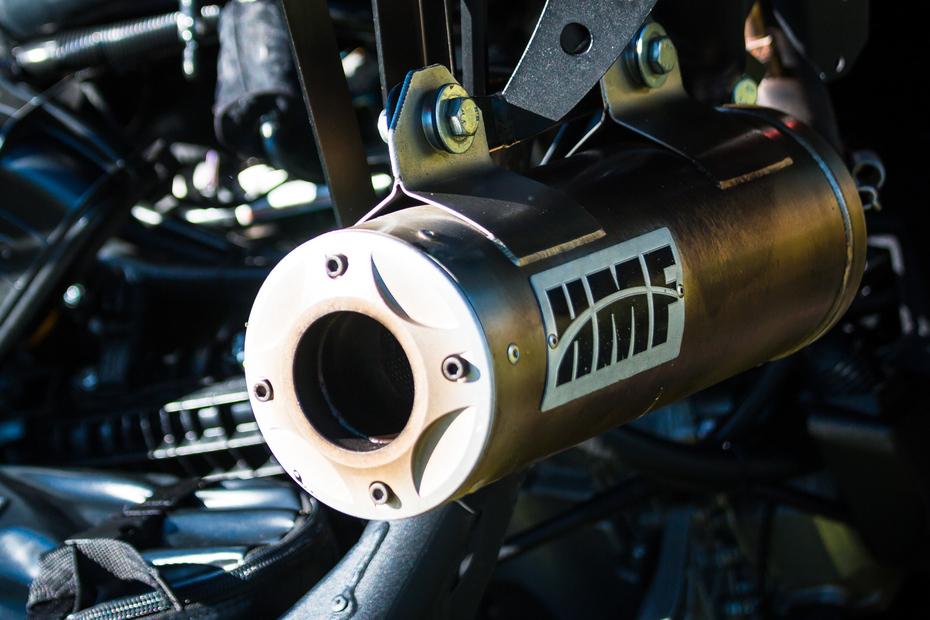 The goal of the HMF big core exhausts is to provide a relatively lightweight and compact exhaust system utilizing oversized piping thus minimizing restriction.  The result of minimizing restrictions and back pressure in the exhaust system reduces pumping losses in the engine and more power getting to the ground.  Another major advantage to these systems is that they generally use less components compared to standard aftermarket exhausts.  This reduces the number of components that can potentially fail under stressful use such as racing.  Of course, owners can also expect major weight savings with reductions of as much as 15-20 lbs depending on the particular vehicle and system.

There are a few additional factors that must be considered when looking to go to an HMF big core exhaust: sound and maintenance.  The big core exhaust systems are naturally going to be some of the loudest offerings in the HMF lineup given the large pipe diameter, shorter overall length, and free flowing core.  Maintenance is also a key factor for these systems.  The packing material in the silencers has been carefully selected to withstand punishment and sustained temperatures, but still breaks down over time requiring the silencer to be sent in for servicing.

Big core exhausts are broken down into two of the primary series of exhaust HMF has to offer: Performance and Titan (Titan SS).  Depending on the vehicle one or both series may be available.  During development and testing our team is best able to determine which series of silencer is best suited to the vehicle.  For example, with turbocharged Polaris RZR® models we’ve found that the firing order and exhaust pulsing from these engines is rather harsh and generates a lot of heat leading us to only offer big core systems in the heavier, but more durable Titan SS series for this machine.

A list of vehicles that HMF builds big core exhaust systems can be found below.

Ask it here, and we'll try to get you an answer within 24 business hours.