Despite fuel injection dominating the current market with only a few exceptions, there are still plenty of machines in operation still using carburetors.  This article will cover some basics of carburetor operation and tuning as it pertains to exhaust installations and some other basic factors. 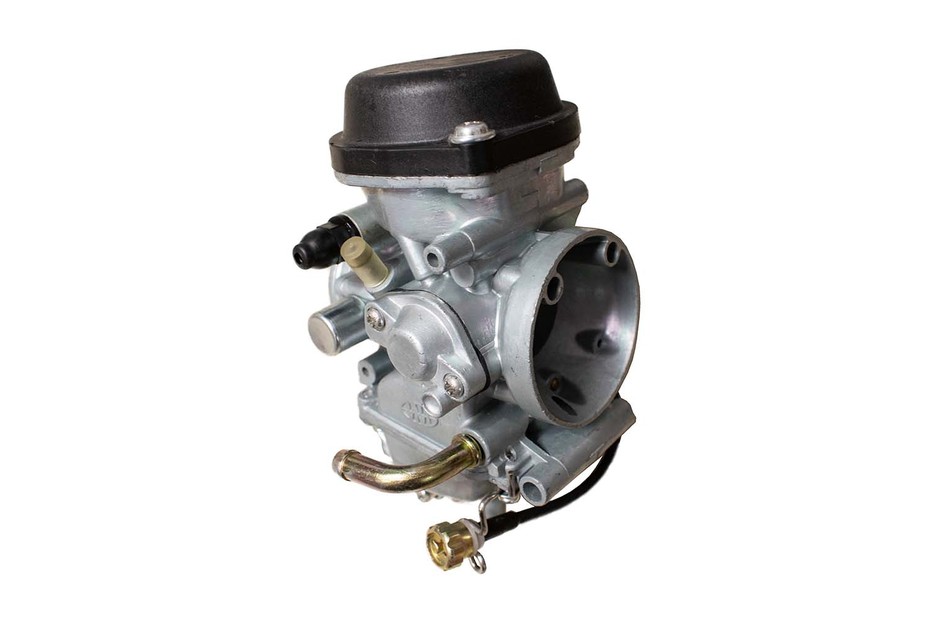 Operation
Carburetors operate based on Bernoulli’s Principle which deals with effects of pressure and fluid speed in relation to one another, in this case through the carburetor’s venturi.  The math and full explanation isn’t necessary for the scope of this article, however more information can easily be found in more scientific articles.

A carburetor’s job is to control the amount of fuel and air entering the engine and meter both in the correct ratio so that the engine has the correct mixture for efficient combustion.  Metering of the fuel is handled by the jets in the carburetor, this is the main topic of focus here.

There are three primary circuits, or stages, that control the fueling in a carburetor:

All of these circuits have some overlap between one another to keep the entire throttle range balanced and avoid harsh transitions.

Tuning
In almost every case, an aftermarket exhaust or any other modification(s) that can potentially alter engine airflow will also require re-jetting or some adjustment of the carburetor.

When pairing an HMF exhaust to a machine our website will always state whether tuning is needed, and what is recommended based on our internal testing.  For some machines there may be multiple recommendations based on different situations such as a stock airbox vs an open or modified airbox.

HMF offers basic jet kits that will contain the necessary jets to cover the recommended jetting as well as some alternate jets to accommodate for possible modifications or other situations.  Aside from a modified airbox some other factors that can alter the required jetting including environmental conditions such as altitude and temperature, other engine modifications like air filters, cams, ported heads, big bore kits, and anything else that changes flow through the engine.

Most situations will only require the main jet in the carburetor to be changed unless otherwise specified. Pilot jet changes can be helpful in some situations to aid in low end throttle response and startup.  Needles are very rarely changed, but do sometimes have some adjustment via a clip to raise or lower the needle within the body of the carburetor.

One of the most overlooked aspects of fine tuning regards the pilot adjustment screw (see example below).  From the factory a lot of carburetors will have this adjustment screw blocked off via a brass cap or a rubber plug.  Adjustment of this setting should always be done with an engine at full operating temperature and is measured in the number of turns out from the screw lightly bottoming out (never try to tighten the screw!)  Usually the factory setting will be screwed nearly all the way in, maybe up to 1.5 turns out.  The most commonly accepted practice is to start with the screw about 2-2.5 turns out.  It should also be noted that adjustment of the pilot screw and the idle speed adjustment will need to be balanced to maintain proper idle speed.  The goal is to get good, clean throttle response from a steady idle.  A quick blip of the throttle in neutral will give a pretty good indication if the setting is close, but the true test is to ride the machine and put the engine under a normal load.  If adjustment is much more than 1 full turn beyond the starting 2-2.5 turns out, it may be a good idea to test one size larger or smaller pilot (larger pilot for screw settings more than ~3.5 turns out & vice versa). 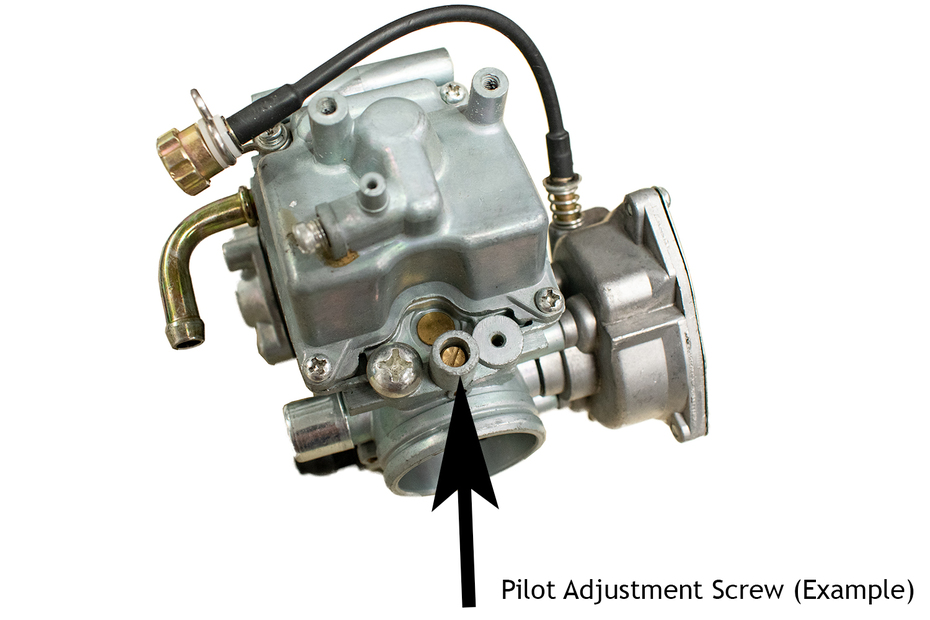 Checking the tuning is usually pretty simple.  Make sure the engine starts up easily and doesn’t require the choke to stay running after warming up.  Throttle response should be crisp without too much lag and the engine should accelerate smoothly without hesitation.  Different ways to check for rich or lean conditions include listening for backfire and spitting through the carburetor while accelerating, black smoke coming from the exhaust (rich condition), reading spark plugs, etc.

One final note regarding tuning and machines with an HMF exhaust is that popping on deceleration, often described as backfiring, is not necessarily an indication of incorrect tuning.  In many cases this is very normal and to be expected with a free flowing exhaust.

If you have more questions regarding tuning our technical staff is always willing to help, feel free to call us at (216) 631.6980 or contact us here.

Ask it here, and we'll try to get you an answer within 24 business hours.