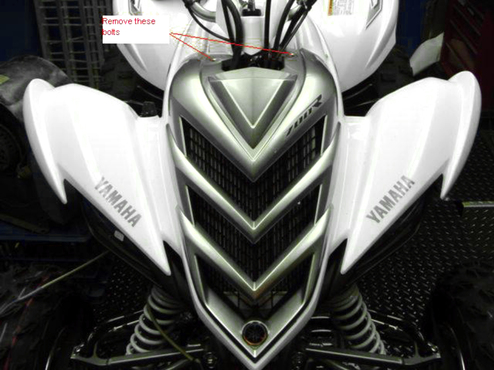 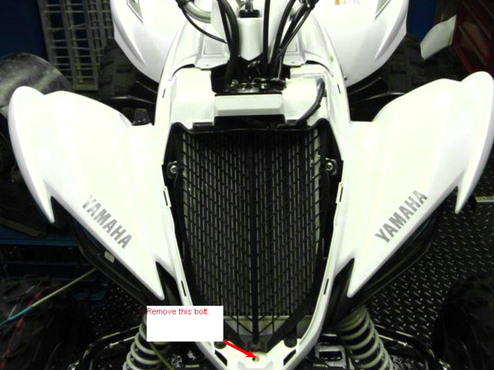 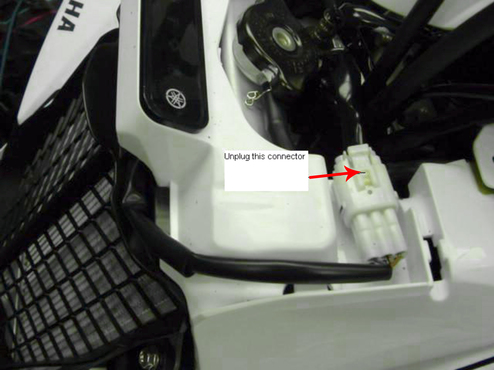 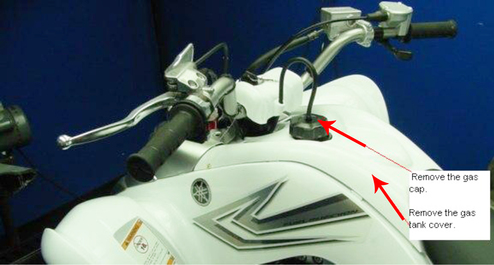 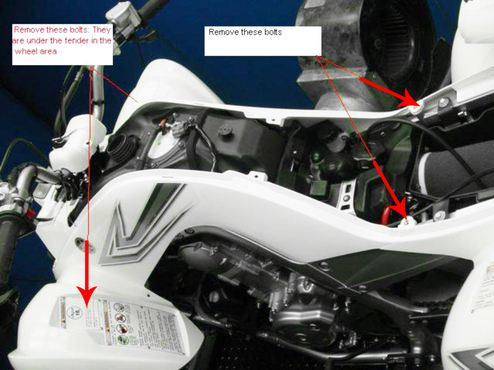 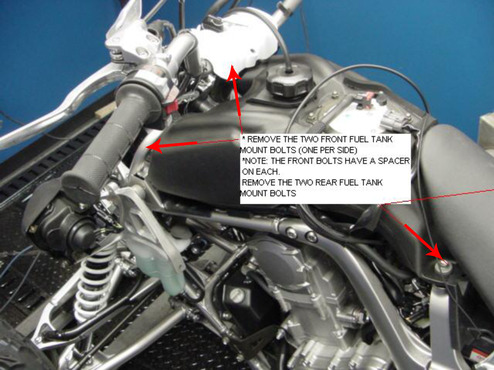 9. Have a helper hold the fuel tank up and out of the way.  (Removal of the tank not necessary.)

10. Route the Optimizer harness connectors between the battery and the aluminum frame member.

11. Ground the Optimizer's black wire to a suitable location on the frame of the vehicle.  Do not ground directly to the battery negative terminal.

12. Unplug the connector at the fuel injector. (See Figure #7) 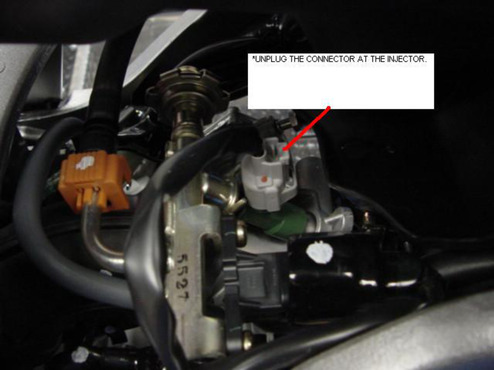 13. Plug the grey connector of the Optimizer harness into the fuel injector. (See Figure #8) 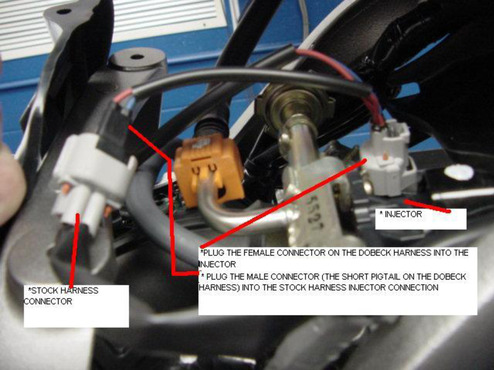 14. Plug the Black connector of the Optimizer harness into the original harness connector you unplugged from the injector. 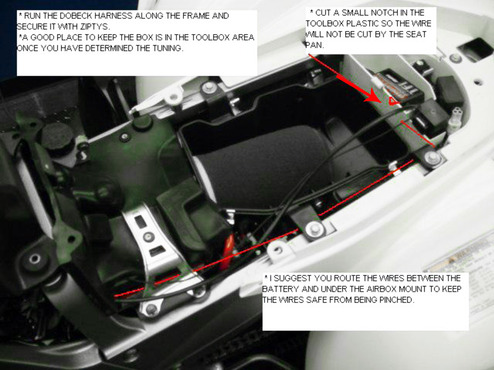 Fuel Tuning is absolutely required when installing an HMF Exhaust on this machine. Failure to tune the engine can cause excessive damage to the exhaust system and engine, while voiding the warranty on your exhaust and possibly on your machine. (check with local dealer). See the tuning settings below for the proper fuel tuning solution on your machine.