Greenville, TX (1/28/2019) – Cody and Hunter Miller both recorded strong efforts, finishing second and fourth, respectively, in the WORCS Series SXS season opener in Primm, NV. Driving Can-Am Maverick X3s, the brothers are carrying the Can-Am factory banner this year in the Pro SXS class at all seven WORCS races. Both were making their series debut.

After starting on the fourth row, Cody Miller employed a smooth and conservative strategy to move through the field on the purpose-built course. Relying on the excellent power delivery from his Can-Am, Miller finished second.

“I ran a pretty conservative race and my Can-Am Maverick X3 was absolutely on rails out there,” said Cody Miller. “I was really babying the car because of some of the noises I was hearing, but it was just rocks getting chewed up between the wheels and the calipers.”

George White from Double E Racing tuned Cody’s Elka shocks perfectly. As the track rutted up during the race, the shocks were key to getting the power to the ground. His Maxxis tires on DWT wheels worked well in the deep and soft sand.

“George had the Elka shocks dialed in perfectly,” said Cody Miller. “He was the very first person out, and he was tuning the shocks right out of the trailer. The car was extremely compliant with the terrain and that made it easy to drive. The Maxxis tires were hooking up, and they worked great in the deep ruts. The DWT wheels held up even though I got them filled up with some big rocks.” 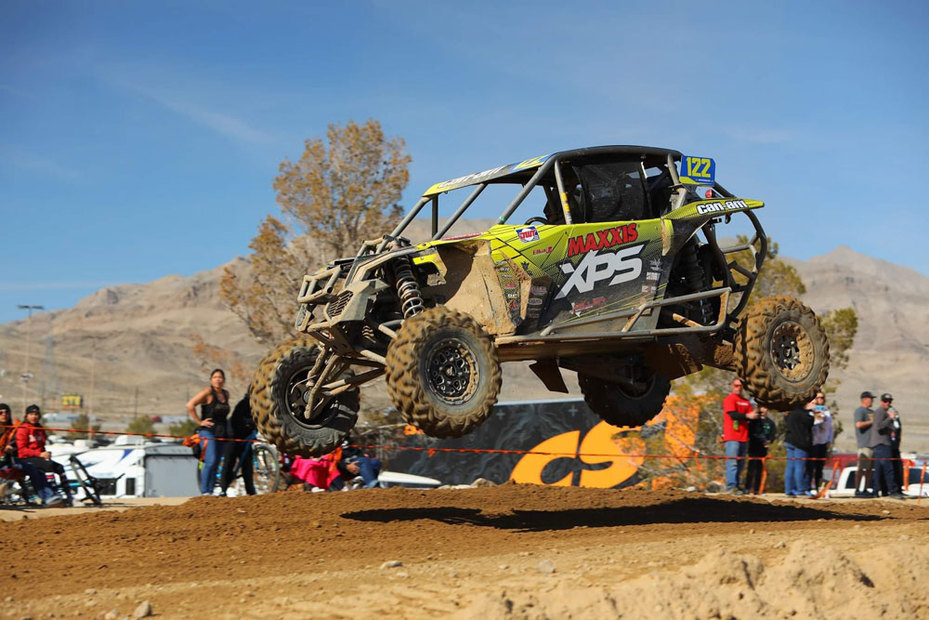 Hunter Miller started next to his brother and was quickly running with the leaders. While battling for the lead, he made contact with a lapper and broke an axle. Despite running the rest of the race in two-wheel drive he finished fourth.

“We had no idea what to expect coming out here, but we had a good baseline with the Can-Am Maverick X3,” said Hunter Miller. “The car worked awesome.”

Hunter Miller said having George White on site was a huge help for the team. He too appreciated the superior grip of his Maxxis Big Horn 2.0 tires, as well as his Elka shocks’ ability to smooth out the bumps.

“George and our friend Bob Hasty came out this weekend to help us out and we couldn’t have done it without them,” said Hunter Miller. “We both ran 29-inch Maxxis Big Horn 2.0 tires and that was the right choice. The sand was really soft and they dug into it really well.” 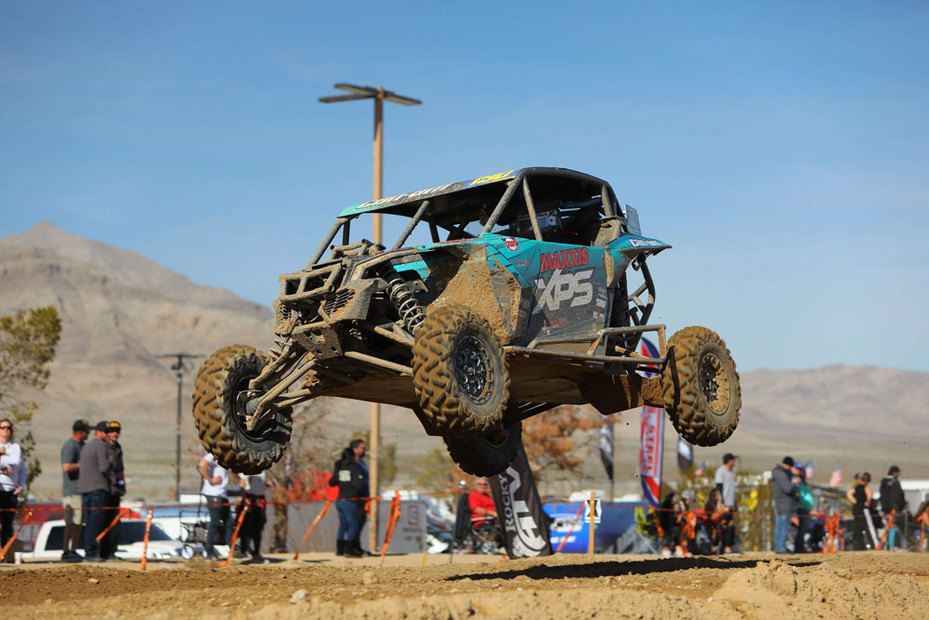 Cody Miller, who ran GNCC for a different manufacturer for the last two years, was excited to be back under the same tent with his brother. He was also happy to be back with Can-Am.

“Can-Am was very excited to get my brother and I back together again under one tent,” said Cody Miller. “This series has been dominated by other manufacturers, but Can-Am has the right machine to compete on this terrain. I think you’ll see a lot of people making the switch going into next year.”

The Miller brothers will be back in action in the WORCS Series when it stages its next SXS race February 22-24 in Lake Havasu, AZ.