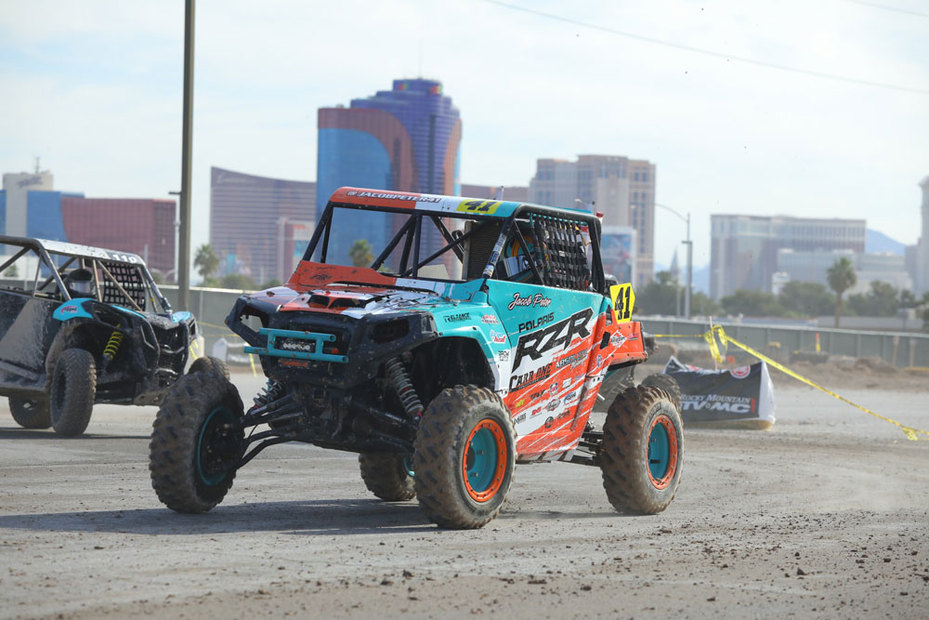 In the 170 event, Peter started last on the final row, but was quickly made his way through the field. The Vegas track is unique in that it is WORCS’ shortest track, but also one of the most demanding with pavement sections, log and tire obstacles. The 170 machine kept him busy, but he pulled off the win, his first this season in the class.

“I had to start at the back of the field because of my points so I had to make sure to give it a good battle,” said Peter. “The logs were rough on my car and the asphalt was really slippery. I started pushing hard at the start making my way past the other racer and obstacles.” 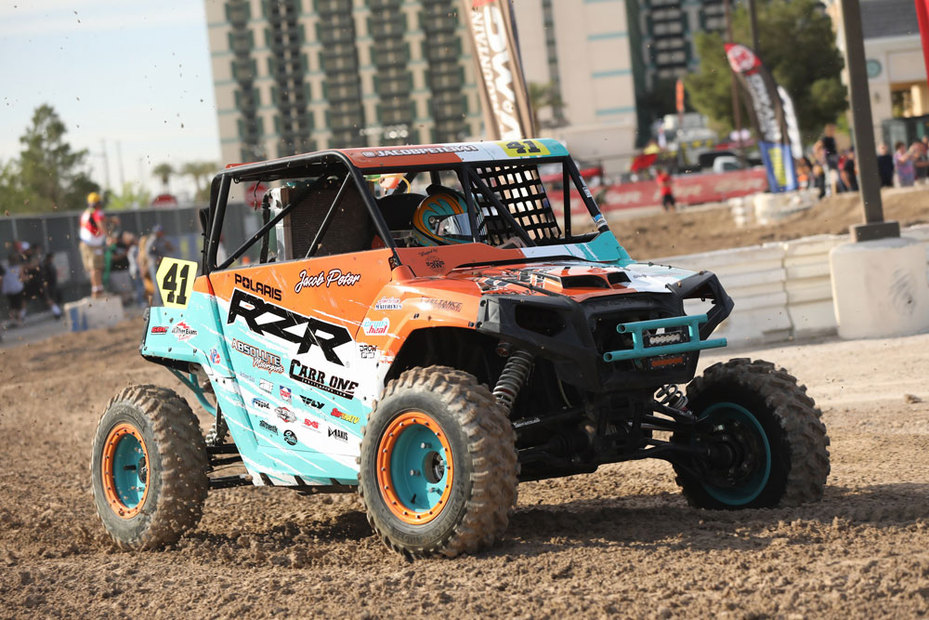 With such a short course there was a lot of lap traffic, so Peter relied heavily on communication with his father to know his position. He watched his dad intently and his guidance paid off big time.

“Every time I passed my dad, he let me know how many people were in front of me and to catch them,” said Peter. “Most of the time, he is pretty excited during the race. He is very helpful while I drive my car.”

The victory moves him up to seventh in points and within easy striking distance of the top three. WORCS added another round, in Taft, CA, so that should give Peter a shot at the title. 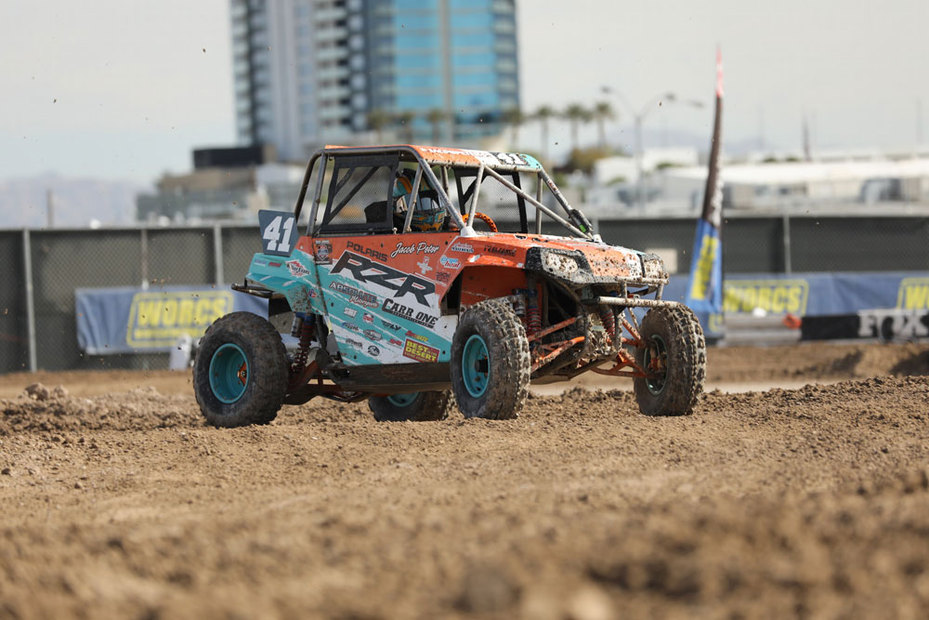 “Now all I have to do is keep pushing and get as many points as I can,” said Peter. “The additional race is a great opportunity for me to get more points and catch up with everyone else.”

In the 570 race Peter put in his hardest charge of the weekend, trying to catch event winner Mikey Kelly. He nearly caught Kelly by the end or the race and finished second. 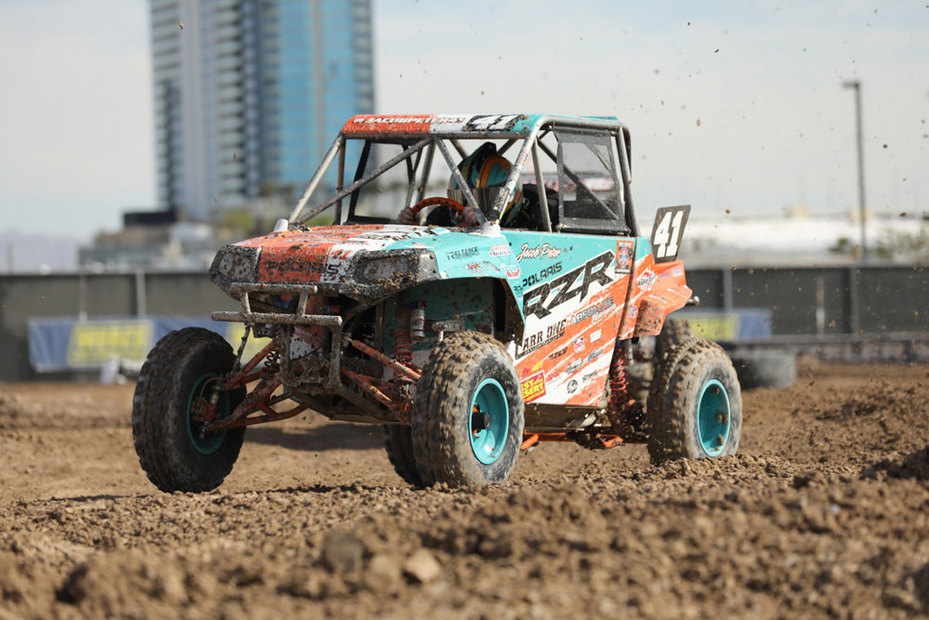 Peter will be back in action, and trying to gather all the points he can, as he takes on the best of the WORCS youth racers during the next round of competition May 17-19 at Mesquite MX.