Greenville, TX (4/8/2019) – Can-Am’s Cody Miller won the short course portion of the UTV World Championship in Laughlin, NV. Driving his Can-Am Maverick X3 in the UTV Turbo class, Miller ran a smooth and consistent pace in an event that likely had the largest entry list of UTVs in the history of the sport. Teammate and brother Hunter Miller was running third overall when a technical issue took him out of contention. 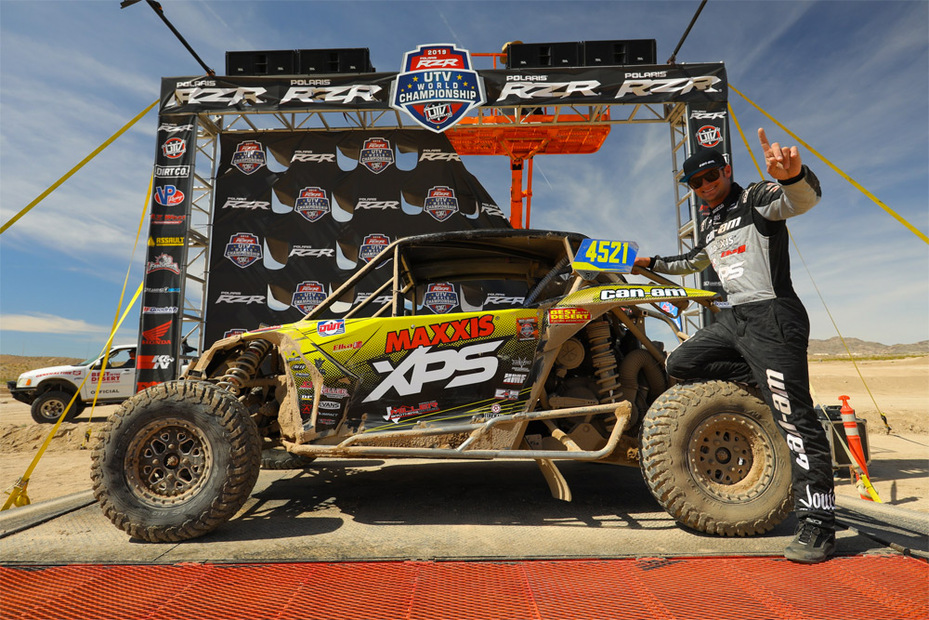 Cody Miller started on the second row and made it through a contact with another driver in the first turn. From there, he ran a perfect smooth-is-fast strategy to win the event. It was a huge accomplishment with over 400 entries at what is becoming the crown jewel event for the Best in the Desert Series.

“There was a lot of chaos going on that first lap…nobody gives and inch out here,” said Cody Miller. “I went into the first corner and got knocked sideways. I made it through, took my time, and drove a smooth race. The Can-Am Maverick X3 just did an unbelievable job out there. It had lots of power and I always knew I had the fastest car out there. This is the biggest UTV event in the world right now. So to bring back the hardware means a lot to my team and I.” 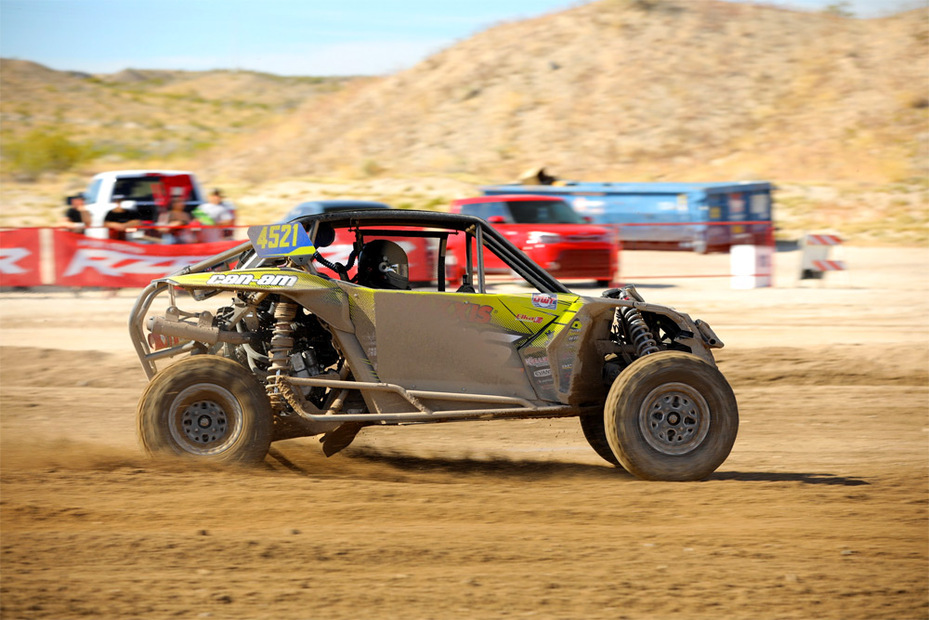 The Miller brothers are used to technical racing, running in the woods and battling from tree to tree through narrow trails, so the wide-open desert and sand whoops were new challenges for them. Planning was the key, and they arrived early at a practice track nearby with Can-Am teammate Kyle Chaney, as well as George White from Double E Racing. 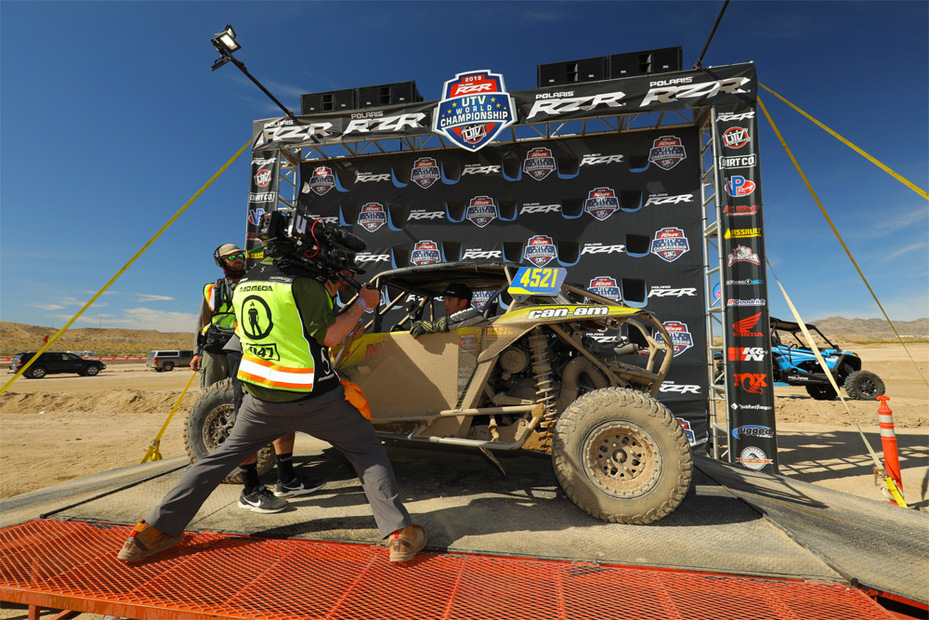 “I’m used to technical driving through the woods, which is a different terrain, so we came in here a little bit cold, but we did our homework,” said Cody Miller. “George White from Double E Racing got my Elka shocks tuned in. The Maxxis tires hooked up perfect, and the DWT wheels were on point. The Can-Am Maverick X3 is going to be a really hard car to beat out here.” 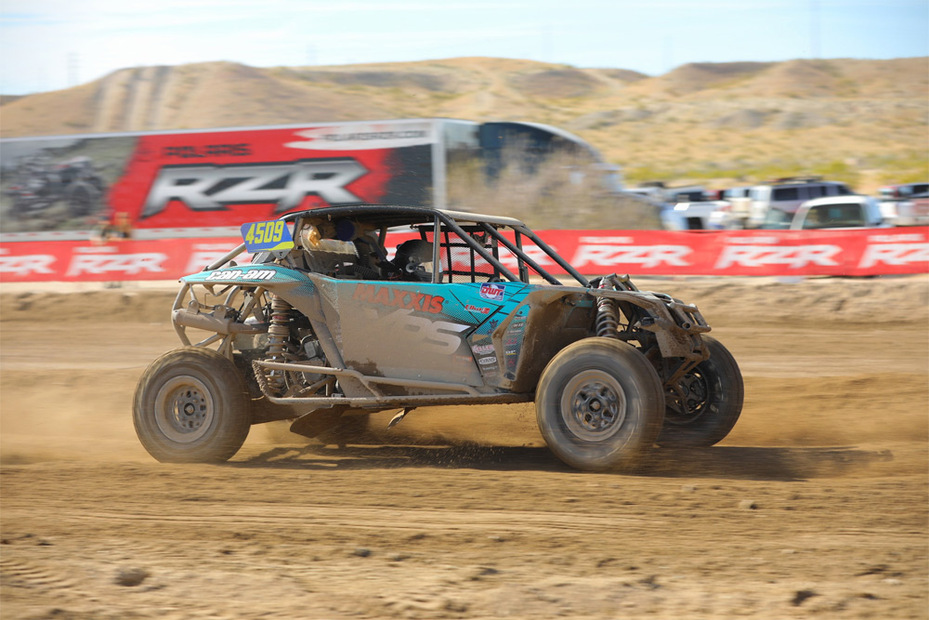 Hunter Miller took the holeshot on the third row and was quietly making his way through the pack. After taking third overall three quarters of the way through the race, a mechanical issue stopped his charge. Still, he was happy about his run and pleased with the way the team performed.

“Cody won and Kyle got second, so we accomplished most of what we set out to do here,” said Hunter Miller. “This is an awesome event so for us to come out here and run up front is a big deal.”

Hunter Miller said George White with Double E Racing was a key factor to his run. His Maxxis tire choice was also the right one for the rough terrain. 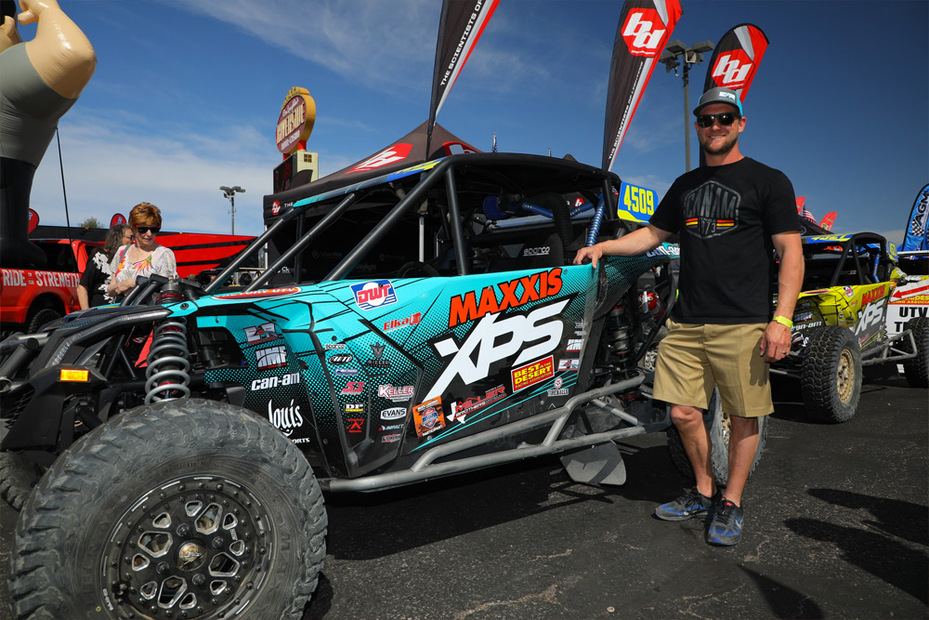 “We were suspension testing pretty much the whole time we were out here and that really paid off because the car was working great,” said Hunter Miller. “We ran 30-inch Maxxis Liberty tires and that was definitely the right choice. While we gave up a little on the top end, the car handled really well.”

The Miller brothers will now head back to their full-time effort in the WORCS Series. The next WORCS event is scheduled for April 12-14 at The Orleans Arena in Las Vegas.